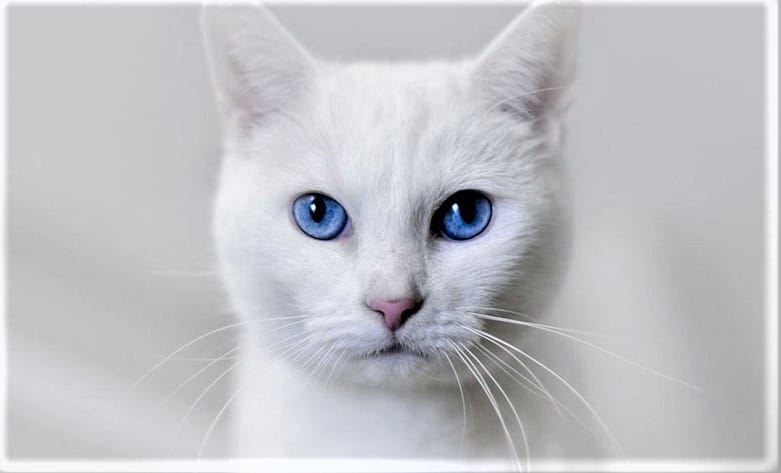 Doesn’t it melt your heart when a white fur walks towards you and touches you with full of love and affection? Come on! those white furs speak loudly about how they are only there to get love from people.

As the white color of cats has attracted people, it also has made them come up with different symbolism be it for their personality or simply for their whiteness.

So, if you want to know what white cats represent, take a look at the write below.

White felines have mostly been linked to the world of spirit. It is believed that spirits often dwell inside such kids of cats. Specifically, white cats are considered to be a sign of a spirit guide that exists to help people on their spiritual journey. People think that if a white cat tries to befriend them, it means it is offering them guidance. Not just that, people also consider owning a white cat as a pet fruitful for spiritual practice. They are considered to enrich spirituality helping people receive guidance and energy from the astral plane more easily.

The majority of the white cats are known for their calm, tolerant and peaceful nature. And the owner of such cats knows it better. This makes the cat an emblem of peace and tolerance. It teaches you that the best way to be is at peace with the world. You also can learn a lot of stuff from the representation. It can teach you to let the things go that do not matter. It also teaches you to stay balanced and resistant to all the issues of life.

White cats are the sign of staying cool teaching you to not be angry and that you should enjoy little things.

White cats possess contradictory symbolism when it comes to omens. Some of the people like in Egyptian or American culture consider them good luck while the UK civilization regards them as bad luck.

It is said that if white cats visit a home, it brings good luck, particularly wealth and money. On the other hand, an angering cat is believed to bring bad luck.

Not only the white cats are being associated with omens due to their behavior but also their color. For instance, white could mean something good to some people while it could be something ghostly to some.

The delightful relationship between humans and cats is a legacy extending back to over 9500 years back. As expected, for a legacy that long, the biological characteristics and innate behavioral patterns of the cats ended up firing deep-rooted speculations.

Since ages, such speculations gave birth to different mythical beliefs and folktales. And we should say that these mythos had been subject to variations and changes between cultures.

When it comes specifically to white cats, they became the subject of different emblems that humans grew in an attempt to explore a baffling relationships with those creatures.

Different studies show that how people judge domestic cats simply based on the color of their furs. And these studies found out that white cats are always believed to be calmer, lazier and shy-like species that made people prefer them more than the others.

Not just that, there’s also an old wives’ tale that says that these felines with blue eyes are deaf. Although, it is true in most of the cases, the problem lies in generalization.

Before Spaniards brought domestic cats to the US, the latter’s civilization admired the wilder cousin of domestic felines, the Jaguar. Being native to Americas, the panther was placed in high esteem by the people.

There is a common belief that associates the black domestic cats with witchcraft and evil. The belief revolves mostly around the US whereas the UK civilization considers them a symbol of good luck. Since the former consider black cats a bad luck for their color, they believe white cats to bring good luck just like Ancient Egyptian, Russian and Asian cultures believe. The Americans also believe that seeing a white cat crossing your path or on the road will bring a good life.

Contrariwise, it is considered a bad luck to see a white cat at night in the UK. The reason could be the color that refers to the ghost. The people also believe that owning a white cat will make a rich person poor.

However, like the US and Egypt, the Celts and Norse also held white felines in high esteem. They did not discriminate against the cats based on their color.

Speaking of Egypt, the people were mostly found to pet white cats. It is typically stated that cat domestication in Egypt existed back in 2000 BC when archeologists found a man and his cat’s 6000-year-old burial mound at Mostagedda.

There is another Egyptian cultural significance that says King Osorkon II of the 22nd Dynasty placed a white cat ceremoniously in a Bubastis temple and endowed it ritually with supreme power.

In Norse mythos, Goddess of love, Freyja rode a chariot pulled by 2 white felines that symbolizes their strength and support.

In Celtic mythis, Goddess of the fertility, Brigid dispatched two of her white cats for carrying her commands on earth.

In both the cultures, white felines were regarded as a symbol of goodness, trust and light.

Albeit the UK consider white cats bad luck, but if you look at major parts of the world, they are considered a sign of good luck. The color and personality of white furs have not only stirred humans feelings for them but also caused them to extract different positive meanings.