HomeSymbolismDeer Spirit Animals: What Does it Mean When You Have Deer Spirit...
Symbolism 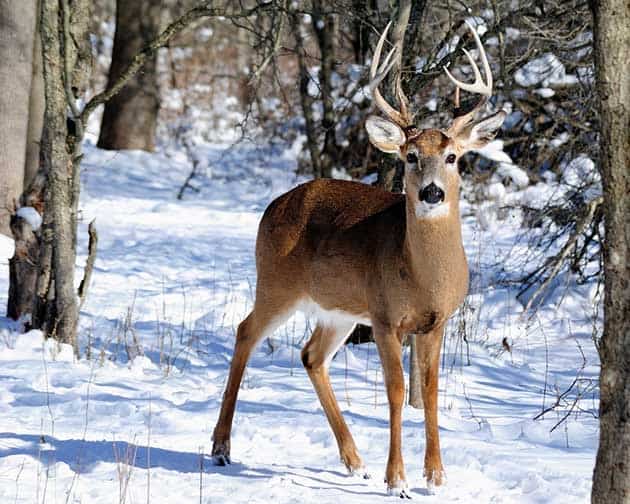 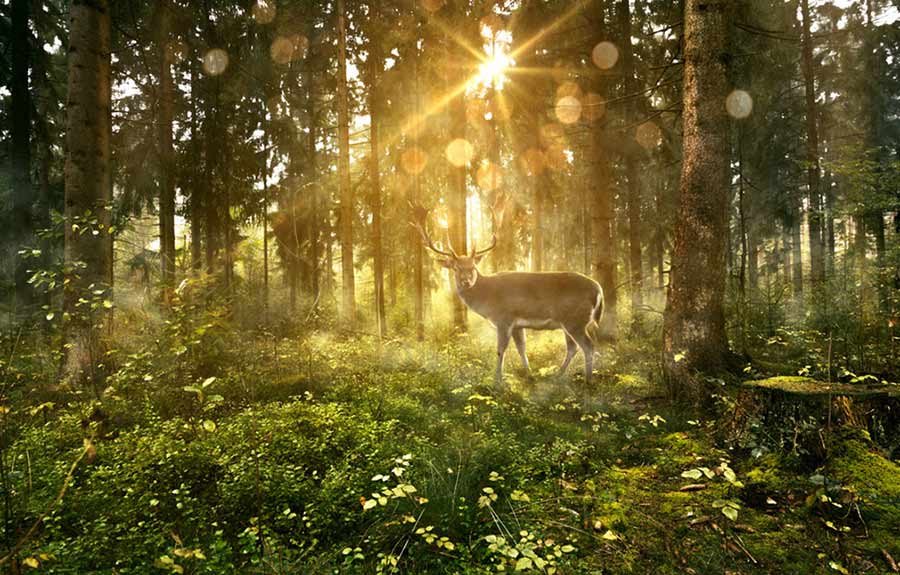 One of the most magical and mysterious animals in the forest is the deer. This deer spirit animals article is going to cover it all for you today. Usually associated with gentleness and softness, deer are animals that roam the forest and are scared of people. They are also associated with many legends, one of the most popular being reindeer (a type of deer) being Santa Claus’ helpers. Many cultures throughout the world have some interpretation of deer symbolism, mostly surrounding gentleness and protection.

Deer also have spiritual meaning. If you have deer as a spiritual animal, read on to find out more about what this means.

If one is to study deer, or if one is to think about the qualities that are associated with deer, they would not be too surprised to find that the spiritual meaning of deer is grace, gentleness, and sensitivity.

Deer are also associated with inner strength, and it teaches us that we are able to combat any difficulties that arise in our own lives. If you have deer as a spiritual animal, it means that you are able to bring the qualities of peace and serenity even to more difficult and tense situations.

It also means that you are able to achieve your goals. An important quality that people need to possess is patience, and that they need to be able to go about achieving their goals with grace and dignity.

If you are someone who has deer as a spiritual animal, it means that you can remain determined and confident even when you face uncertainties. Being gentle and calm does not mean that you are a weak person; in fact, the wisdom provided by the deer helps you to become a stronger and more intuitive person.

Deer also represent regeneration. This is due to the fact that the antlers of a deer fall off throughout its life and grow back again. This might be a symbol of your own life. If you tend to keep your guard up and stay in your comfort zone, you might be presented with the challenge of getting out of your comfort zone and expanding your horizons.

You will experience renewal as a person, both spiritually and psychologically, as you learn to step out of your comfort zone and experience everything that life throws at you.

Deer will remind you that there is a lot of love and compassion in this world, and that you too need to show some of it. Hatred never solves any situation; it is through being peaceful, loving, and compassionate that we can truly make change.

Perhaps you are going through something that causes you to be bitter, angry, hateful, and mistrusting. Deer as a spiritual animal will help you learn to be more loving and kind, and will show you how not to get lost in the negative feelings that you might be experiencing. It will also help you to look outside the box and step inside someone else’s shoes. Be aware of any opportunities that you might come across.

Deer will help you to become more sensitive and intuitive. Another quality is innocence. Deer often represent children, or those who are purer at heart. If the deer has chosen to be your spiritual animal, it means that you are a kind and gentle person who has a clean heart.

What Does it Mean When You Have Deer Spirit Animal in Your Dream?

Deer are important animals in many cultures. In many, it has significant spiritual meaning and takes on the aspect of an animal that is sacred, kind, and a symbol of regeneration.

According to Native Americans, deer symbolize sensitivity, gentleness, and intuition, and they were both messengers and animals that held significant power. There were also beliefs that associated deer with fertility.

A tribe that lives in central Mexico believes that the deer essentially translates the gods’ language for humanity. It is a messenger between humans and gods, which is very similar to what the Native Americans believed.

Many cultures associated deer with the gods because of the fact that their antlers grow so large that they extend very high. This means that deer end up being closer to the sky.

Buddhists also had a sacred position in their faith for deer. The spiritual meaning of deer, according to Buddhists, was that it was a symbol of longevity, peace, harmony, and happiness. Yet again, deer are associated with the gods in Buddhism, because people believed that Buddha was once a golden deer which spoke to humans.

This is what is symbolized if a male and female deer are pictured together. Due to the fact that there are beliefs across many cultures of deer being associated with the gods, people have come to believe that deer symbolize peace, harmony, and serenity; in order to have connections with such high beings, one needs to be equally calm and sensitive.

Tibetans also believe that deer came from the gods to help humans solve problems that they are dealing with.

Western cultures also had beliefs surrounding deer. For example, Celts believed that female deer were symbols of grace, gentleness, and femininity. The male deer was a symbol of pride, purity, and independence, and it was also considered to be sacred. Deer were considered to be the rulers of the forest because they protected every other living being in the forest.

And finally, Christians had their own spiritual meaning for deer. According to Christians, deer symbolize devotion, compassion, and piety. A popular Christian legend, the legend of St. Eustace, states that the Roman general was hunting and found a deer. This deer, upon looking at him, spoke the word of God. Once again, we see the belief of deer having connections to gods.

Overall, deer as spiritual animals have deep meaning. They symbolize calmness and compassion, peace and serenity, thoughtfulness and piety. Many cultures have come to even associate deer with being the messengers of the gods, even Christians. If deer are your spiritual animals, this means that you are an individual who is able to treat those around you with love and compassion, and you are able to bring peace to any circumstance, even difficult ones.